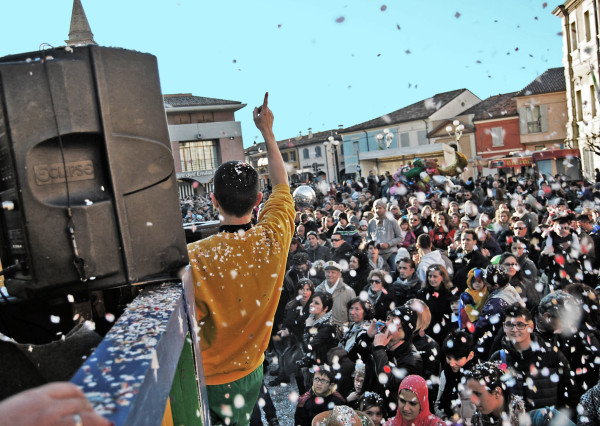 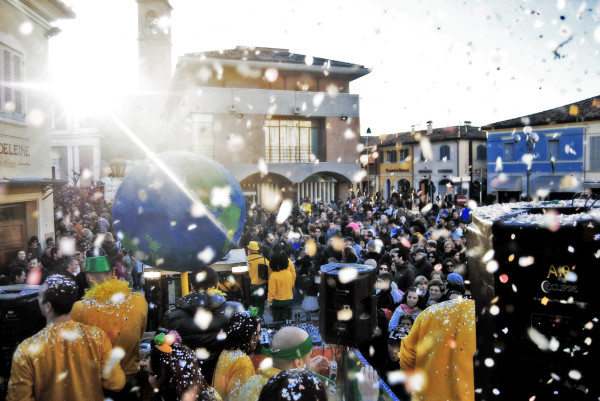 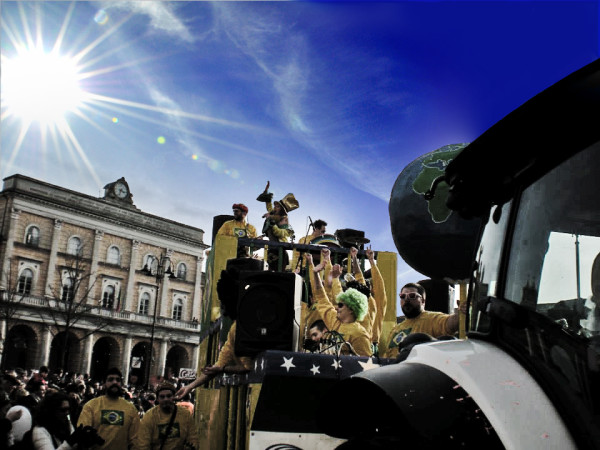 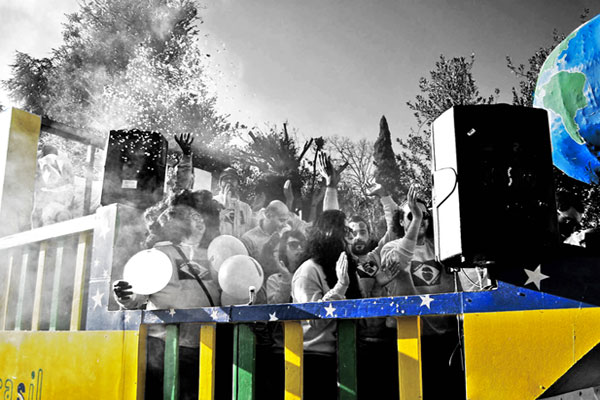 All artists listed above may join this very particular show, with ranging number of partecipants according to the possibilities at hand.

The main feature of this setup is the “moving stage”, meaning that the whole project will be developed on a moving float while it proceeds through a city route.

Given the inherent complexity of this kind of event, it is strongly recommended to carefully plan every single feature of the show, according to the particular needs of the host institution. (town center, esplanade, mountain resort…)

The parade float may be decorated on demand, with different displays and/or big screens.

All audio/video/lighting structures will be set on the float, thus making it a truly “moving stage”.

This show no doubt has its main selling point in its uniqueness, being O.P.S the only italian organization to present a typical brazilian carnival show, full in all of its details.
An experience for all ages, tourists and locals, who are in for one of the biggest brazilian inspired events in Italy.
These events are often affiliated with human resources institutions such as Onlus (non-profit organizations), brazilian consulates or communities throughout our country…
An event that really pays in terms of image as both regional and national press releases will be given, radio and social network communities are haevily involved, same as for posters, flyers, ads publishing on newspapers…

It’s also worth mentioning the return on investment for the organizer, who can plan the placement of food stands or any other kind. (brazilian or italian food, typical clothing…)
A real “Festa Brasileira” that never failed to leave beautiful memories and evoke intense emotions to anyone who’s ever attended, nor it has ever been overlooked by media and newspapers.
Blending music, dances, capoeira and typical brazilian rhythms, all in the name of safe and healthy entertainment.
Spectacular collaborations between top-notch artitsts, creating a unique atmosphere…

Plan your Party with Us!

You can be the first one to leave a comment.